Home » Innovation » Ikozie: The Mobile Home
3
Tweet
Share
Pin
Share
0 Shares
Honest efforts to bring shelter to the homeless have brought about the production of a ‘mobile home’ that is constructed off-site and then moved to the main destination for installation. 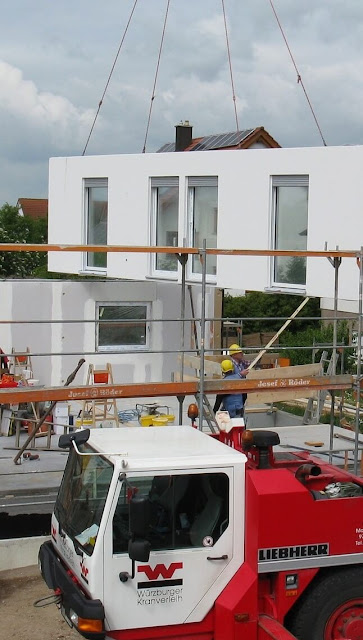 According to statistics revealed by The Homeless Foundation in Worcester, an estimated 500 people sleep rough every night in England and the approval given by the Worcester council for the production of Ikozie by The Homeless Foundation is huge to delight to the foundation and lots of English residents.
The Ikozie is a mini-home – smaller than a normal home – designed for the homeless by The Homeless Foundation in Worcester.
It is a well-furnished self-contained micro-home, designed to accommodate one person. Ikozie is so ‘cozy’ that you begin to question if it’s really for the homeless. Well, that doesn’t mean the worst things should be reserved for the homeless.
Ikozie measures about 17.25 square meters. It is constructed off-site and once completed, a crane is used to move it into a comfortable space outside a bigger house owned by the foundation.

Related: Affordable Video Doorbell And Security Camera System For Your Home
So now we are not just limited to the installation of (already built) apps, we can install ready-made homes too.
Most of the residents expressed delight at the innovative approach used to give a home the homeless people they find in the neighbourhood and The Homeless Foundation is hoping they can give independent accommodation to homeless individuals on the streets.
Ikozie is cost-effective and has an A rating when it comes to energy efficiency. The micro home is well furnished and costs around 40,000 pounds to construct.

However, the individuals making use of Ikozie will have to take up the responsibility of buying food and paying their bills – including electricity bills, water bills and council bills.
The homeless Foundation said they would support the individuals until they can become totally independent. The idea of making them pay for their food, laundry, and other things is to teach them how to become independent and responsible as well.
Once they become independent, they can find permanent housing for themselves.
Related Articles
Selecting a Surround Sound System for Your Home
How to Kill thousands of Mosquitoes In one Night
Home Improvement Articles

3 thoughts on “Ikozie: The Mobile Home”