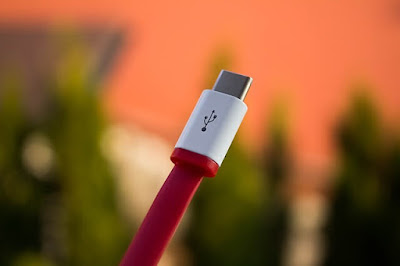 Transfer of information – especially large amount of data – is done by most people using a USB cable or device.
What has made Universal Serial Bus (USB) connections even more popular is the fact that it can be used for a variety of purposes on diverse electronic devices.
USB connections are known to be used mostly on computers and smartphones. But they are also used on cameras, cars and sound systems, to mention but a few.
Apart from being used to transfer information (between compatible systems), a USB cable can be used to power or charge several electronic devices: from smartphones to rechargeable lamps.
USB connections have become the most common medium used to connect computers to electronic devices the world over – this is why information leakage on USB connections can cause huge damage.
Recently, a research was conducted at the University of Adelaide on 50 different computer systems, and 90% USB Hubs used leaked information to externally connected devices (that is, a malicious device on the same hub could monitor information).
Most times, information is transferred between two or more devices using USB Hubs. According to the finding, if a malicious device is plugged at adjacent port(s), sensitive information can be stolen.

A Usb Hub could look like the one in the image above, it could

Prior to this finding, it was believed that information sent through USB connections could not be captured. But Dr. Yarom pointed out that electricity can “leak,” the same way water leaks from a pipe: with the right device in place, voltage fluctuations of the data lines on a USB port can be monitored.
So the next time you want to use USB connections, you have to be sure the “system of connections” is secure. Make sure all connected devices are secure and from trusted sources. And generally, you have to be more careful with USB and remote controlled devices.
Similarly, findings show that Bluetooth controlled devices like the Segway, can be hacked by a simple smartphone application. Segways can be hacked while in motion. Once this is done, the hacker can shutdown the Segway while in motion to overthrow the rider.
If the rider is on a street with moving vehicles, your life could be in danger if you are on a hacked Segway. For any remote controlled device you are using, make sure you know how to use the settings.
Disable connections to unknown devices, read permissions before you allow access and shut down such devices when not in use.
When using USB connections, allow only trusted individuals and devices so you don’t end up giving out sensitive (personal or company) information.
Related Articles
Protect Your Android Devices With Google Play Protect
The £67 Self-Cleaning Shirt That Repels Liquid