Look Out! These Messages Will Freeze, Reboot Your iOS, MAC and Android Devices 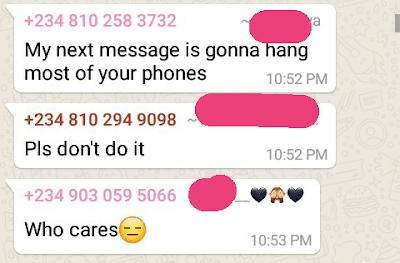 A ‘buggy’ link has just been posted on tweeter by Abraham Masri @cheesecakeufo. Visiting the link will freeze the messages app on your iOS or MAC device and possibly force it to restart. The bug affects iPhones on iOS 11 and MAC devices.

A lot of guys – the Thomas’s – will want to see things for themselves so you have the right to visit the link in the image below with your iPhone or MAC device. (Thank me later.) [Github has banned Masri’s account] 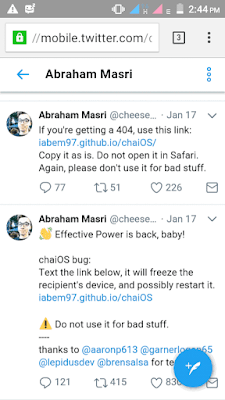 Abraham Masri, on his twitter account, said he is only pasting this link to create awareness. So no one should try to use it for “bad stuff.”

In some instances, visiting the link would freeze your device and bring up the lock screen.

Related: Why Taking Your Smartphone To The Bathroom Is Dangerous

The bug which was found on github is similar to the Effective Power’ bug which emerged in 2015.

In 2015, a similar bug known as effective power was used on iPhones. But after a while, Apple found a way round it. Just like the link pasted by Masri, sending the “effective power” characters to someone would cause their iPhone to reboot.

Related: Wearable Sticker Can Sound The Alarm For Women During Sexual Assualt

Recently, a similar ‘text bomb’ was pasted in a school WhatsApp group. The WhatsApp text bomb would freeze the recipient smartphone each time they try to read it. 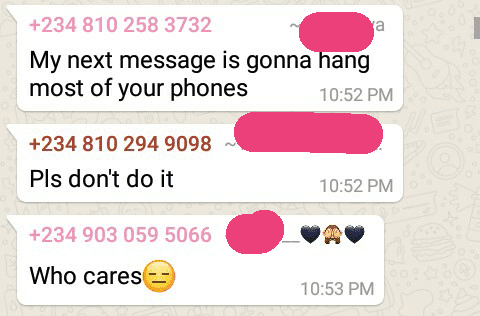 It is one very annoying text bomb! If this is sent to you on WhatsApp, your phone will hang each time you get anywhere near it – try to scroll past it. If you need to see messages that came before it, your phone will freeze for some time and the same – annoying! – thing happens when you try to go past it, back to the most recent messages. 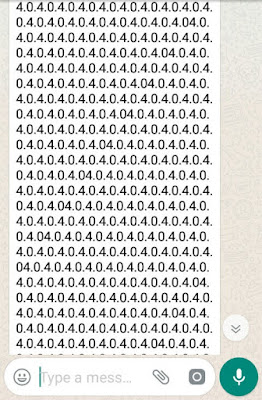 The best way to check links like this would be for the website hosting these ‘buggy’ files to delete them right away. There is no way of ensuring something like this won’t getting into the wrong hands.

Try to look out for this URL in your messages and on websites. But what happens when the URL is shortened using a URL shortener?

Again, the best way to check this would be for github and similar websites to delete these files, and another iOS update from Apple.

We're a group of volunteers and opening a new scheme
in our community. Your website offered us with valuable information to work
on. You have done an impressive job and our entire community will
be grateful to you.

Thank you for letting us know this. It gives us joy to see that our dream of making ElectronicsDiary.com a website of great value to the world around us has become a reality.