In a world where some ambitious folks have a habit of picking things they don’t own, entering houses and offices without permission, we all have to deploy several tools and methods for security purposes.

Depending on our personal security needs, we make use of several tools including dogs, electric fences, and sometimes a 60-year-old gatekeeper.

But no matter the kind of tools in place, some people still want to be in control of their homes: they want a security system that gives them the ability to monitor the environment wherever they may be in the building and take necessary action when they sense something has gone amiss.

They want an affordable security system where they can sound the alarm, turn on or turn off the lights, and call for help in a matter of seconds by simply pressing a few buttons on a smartphone.

If this sounds like what you have been dreaming of, then RingTM Video Doorbell is the perfect solution.

Related: Wearable Sticker That Can Sound the Alarm For Women During Sexual Assualt

The Ring video doorbell has a camera and a motion sensor built-in for real-time video recording and motion detection respectively.

To help you monitor your home, the Ring Video doorbell sends video and audio signals to your smartphone in realtime.

To do this, the doorbell needs an internet connection, preferably your home WiFi network.

Using the Ring app on your smartphone, you are able to receive notifications and video about what is going on outside your front door.

Once motion is detected, the signal is sent to your smartphone to let you know there is movement.

According to the position of the cameras, each camera can be assigned an identifier, and this enables the app to let you know the exact place motion was detected in the building.

Ring’s home security system also has a two-way audio system. With this feature, you can answer doorbells from anywhere without having to get to the door. 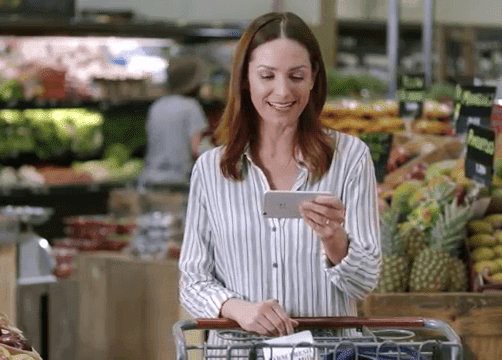 The camera lets you see the person at the door and the two-way audio system allows you to communicate with them in real-time.

If the visitor happens to be an ‘uninvited guest,’ you can let them know you are watching them before telling them to scram.

Related: Add-on Clip Turns Your Smartphone Into a Microscope

With a properly setup Ring security system, you can record your videos and save them to your account. But you will need an extra 30 dollars a year if you want this video recording feature.

The following are the key features on the Ring Video Doorbell and Security Camera system:

If you need to monitor your environment, Ring’s security system gives you that extra pair of eyes you need for your home and office.

3 thoughts on “Ring Video Doorbell: Now You Can Monitor Your Home Anytime, Anywhere Using your Smartphone”