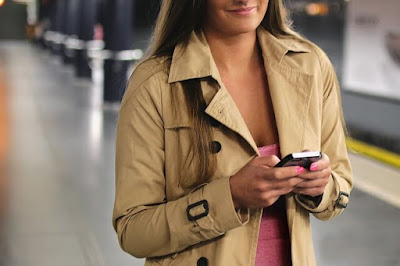 Apple has released the iOS 11.3 software update. This update will allow you to monitor health records, battery life and also turn off the Apple feature that slows down old iOS devices.

After Apple came under fire for deliberately slowing down iPhones just prior to the launch of a new one, Apple promised that its new update would come with an option to enable or disable the feature that slows down iPhones with degrading battery power.

According to Apple, the feature was not meant to slow down old iPhones so it would be easier to sell the latest product. Apple says the feature was to help manage battery life and stop iPhones from shutting down abruptly.

No one seems to understand why there was no option to help users disable this feature. Moreover, some say this annoying slow down usually came just prior to the launch of a new iOS device.

But the above only allows you to view battery capacity. To turn off the feature that slows down your phone once the battery starts dying, you will need to do that in “Performance Management” under Settings.

But as Apple would like it, this feature will only be enabled when your battery starts wearing out: you will get a message to turn on or turn off the feature. If you bypass the message, you can still turn off the feature in Performance management under settings.

But that’s not the end. Apple warns that turning off this feature may allow your smartphone to shutdown or crash inadvertently due to poor battery capacity.

The only devices that would be able to anticipate and avoid a potential iPhone crash are the iPhone 8, iPhone 8+ and the X models.

The latest version of iOS also came with a new chat function within the Messages app, four new “animoji” characters and augmented reality.

All Your Medical Records In One Place
The other prominent feature is the Medical Records feature. This feature collects all your medical records on your iPhone and touch iPods.

To open your health records on your iOS device, select the Health Data icon then select Health Records to get started.

Worried about the safety of those records? Apple assures the records will be encrypted – everything is these days. Secondly, the records will be passing directly from the medical record base to your device without being saved in any of Apple’s servers to ensure safety and give you full control over the privacy of your data.

Learn How to Use Facebook’s Awesome 360 Degree Photo Feature
Sunglasses made from Organic Solar Cells can Charge your Phone
Honda's Self-balancing Electric Motorbike can keep rider from falling
Amazing Finding Gives Robots a Sense of Touch
Share this:
Posted inInnovation