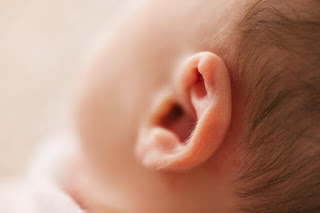 Getting younger children to tell us where they feel discomfort can sometimes be a very frustrating task. The ones that can talk may not be able to describe how they really feel. For the sweet little ones that are still learning how to talk? Don’t bother!

So when it has to do with the ear, parents get scared often because they do not know what the problem is or how to solve it.

In many cases, this discomfort is caused by fluid build-up behind the eardrum. This build-up of fluid in the middle ear, behind the eardrum, can cause pain. In some cases, fever and sometimes makes it difficult for the child to hear properly. 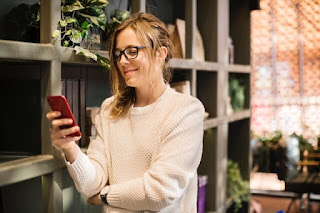 To find and get rid of fluid in the middle ear, doctors perform surgery to drain the liquid. But what if there were a simple non-invasive and easy-to-learn way of knowing whether there is fluid behind the eardrum?

This is what researchers at the University of Washington have been able to do with their latest invention. With the use of a small funnel made from paper and a smartphone, parents can now know if there is fluid behind the child’s eardrum.

Once the smartphone app is installed and ready, the user makes a small paper funnel so the sound can be properly directed in and out of the child’s ear. When activated the app plays a sound. This sound bounces off the eardrum and is picked up by the phone’s microphone. The app picks up the returning sound, compares it with the original and is able to tell if really, there is fluid behind the eardrum of the subject.

Related: Restrictions On Usage Of Technology Can Undermine Academic Achievement

How Does This Work?

Consider a glass filled with water or wine. That glass will make a sound when tapped. The sound will always vary depending on the amount of liquid inside it.

In a similar manner, the sound played by the smartphone will remain constant but the sound bouncing off the eardrum will vary depending on the amount of fluid accumulated behind it. The returning sound can be recorded and compared to the original sound. Using machine learning, the app is able to tell if there is fluid behind the eardrum.

The researchers tested their algorithm on children between 9 and 18 months of age at the Seattle Children’s Hospital. In the end, the system was able to detect fluid in 5 ears with 100% accuracy. On 10 other ears without fluid, 9 were correctly checked, giving 90% accuracy.

For older children, up to 17 years of age, the system performed well for ears with fluid and without fluid with 85% accuracy.

Related: This Is what Driving Does To Your Brain

So Why Does Fluid Accumulate in the Ear?

Fluid build-up behind the eardrum is well-known but is most common with the condition known as otitis media with effusion. In normal cases, the auditory tube allows fluid in the ear to drain into the back of the throat. Otitis media with effusion is a condition that occurs when fluid from the ear cannot be drained into the back of the throat due to impairment of the auditory tube and thus, accumulates behind the ear drum.

According to verywellhealth, common reasons fluid accumulate in the ear include:

But today, with the help of a smartphone app, anyone can detect the accumulation of fluid behind the eardrum, thanks to researchers at the University of Washington.