Researchers in Zurich Produce Kerosene from Sunlight and Air 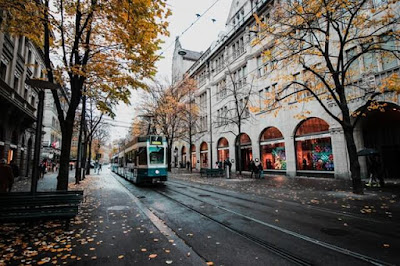 ETH Zurich researchers have developed a plant that extracts C02 and water from air, splits them using solar energy to produce syngas which is further processed into kerosene and other liquid hydrocarbon fuels.

They have been able to make liquid hydrocarbon fuels using the sources above – sunlight and air – instead of the ones below. Though some developing countries are still using kerosene to cook, the researchers have their sights set on meeting the needs of the aviation industry.

The need for a Carbon Neutral World

The aviation and marine industries are in dire need of carbon-neutral fuel. When a process, product or service is said to be carbon-neutral, it means that the carbon collected during this process balances the carbon emitted after the process (or from the use of the product), thereby having a net carbon dioxide emission of zero.

And in cases where carbon emission is more than carbon collected, to achieve carbon neutrality, the company or service will have to pay for an equivalent amount of carbon savings elsewhere. Most people do this by purchasing renewable energy credits or carbon credits.

The production of fuel occurs in three stages:

Let us see how things work in detail.

In the beginning, this novel technology captures water and C02 from air through an adsorption-desorption process: a kind of capture-release process in chemistry.

Both materials, water and C02, are then sent to a solar reactor at the focus of a parabolic reflector. After this, the sun offers help in form of solar radiation concentrated at a factor of 3,000 to generate process heat of 1,500 degrees Celsius within the reactor.

Next is a two-step reaction known as the redox cycle. This is where C02 and water is split, in a process that yields a mixture of hydrogen and carbon monoxide called Syngas. Once syngas is produced, it is then processed into hydrocarbon fuels using conventional methanol or Fischer-Tropsch synthesis.

What will it take for this novel fuel production technology to meet the needs of the aviation industry?

To produce up to 20,000 liters of kerosene every day, the researchers would need a solar plant covering one square kilometer. And with a plant base as big as Switzerland, they could produce enough fuel for the aviation industry.

This carbon-neutral fuel production process (involving the capture and use of C02) is great for the environment as developed countries continue the push towards carbon neutrality.