Before the invention of smartphones, Nokia was one of the most popular cell phones in the market. It was durable, affordable, easy to use, and it came in many shapes, sizes and colours.
You could even throw it at someone and still pick it up. In some parts of the world, a lot of people nicknamed it “stone.”
In some places, it was possible to go a whole day and not find any other smartphone apart from Nokia.
Most people expected Nokia to dominate the smartphone market the same way. When smartphones were introduced, one of the problems was that most phones were really fragile.
And because Nokia phones were always durable and affordable, people expected Nokia to be one of the most popular smartphones in the world.
Most of us expected Nokia to start making Android smartphones but in 2014, Microsoft purchased Nokia’s mobile device unit for $7.2 billion and “Nokia,” rather, started making smartphones running the Windows operating system.
That didn’t turn out well for the Nokia fans. The features and specification of the windows smartphone did not make much sense to most people in developing countries.
A lot of people got smartphones, but most of them were getting smartphones running iOS, Android and Blackberry.
In May 2016, Microsoft sold its mobile assets to Foxconn, HMD for $350 million and that’s how Nokia phones returned to the phone market.
Related Articles: Facebook Launches 360-degree photo feature
Since then, Foxconn has invested heavily in the mobile phone unit and Nokia has finally launched its first flagship Android smartphone (with some interesting features) and let’s hope it’s not too late.
Quickly, let’s check out the new Nokia 8 Android smartphone Specs. But before we get to the summary, let’s see the key features of what Nokia calls the “Bothie.”
Key Features
The most interesting attribute of the new Nokia 8 is the “dual sight” feature. On the dual sight mode, you can capture and record videos with both the front and back cameras at the same time.
The dual sight feature also offers split screen: which means you are able to do real-time recording with both front and back cameras on one – split – screen. 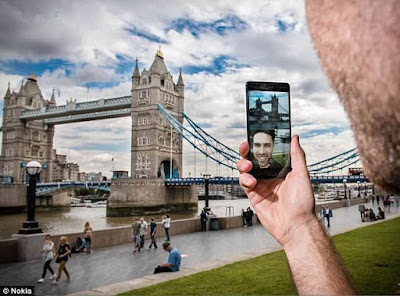 The other key feature is the Nokia OZO audio. The new Nokia smartphone uses spatial audio technology. It records sound with three different microphones and can play it back in multiple directions to give a great sound.
This is really great for music lovers and those who love making videos.
Here’s a summary of the Nokia 8 Specifications:
You can get you Nokia eight early September and the price is £546.

Get Google Play Protect: Protect Your Device from Malware and Data Stealing Apps
Learn How to Change The Sky on Snapchat Photo
Now You Can Get The Amazing Mini Star Wars LandSpeeder
How to Kill Mosquitoes in thousands using Fan Trap
Share this: